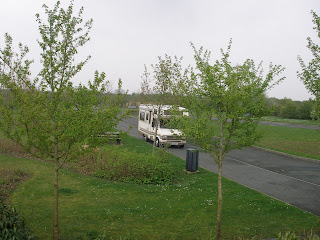 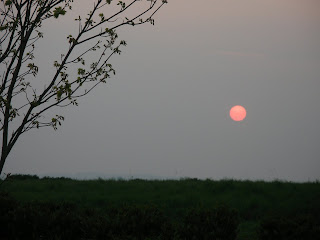 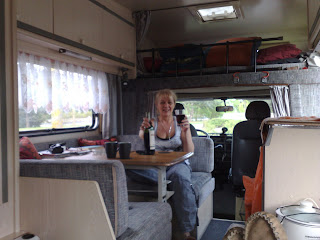 Well the week we had away touring France in our camper was one of the best weeks for a long time.

It was a pleasure to be on the road and the standard of driving in France is far better than driving in the UK. We found the French to be friendly; courteous; patient and very welcoming and we would do it again as soon as we could.

We probably covered about 1200 miles and mainly concentrated on the Centre and West Coast this time - as our flying visit through France en route to Spain each year never really gave us much time to look around.

Being our first time camping it was an absolute pleasure and we 'wild camped' for the whole week. That is we stayed at the Aires and never once went on a campsite. The facilities offered for people travelling is second to none and hence our desire to now get a better motor to travel around in.

It was a week of total relaxation - no TV, no computers and just watching the sun rise and set, listening to the birds singing and enjoying the fresh air. Something I've been in desperate need of since my job has become so stressful (being made to do 2 peoples jobs in the time allowed for 1. Very technical and not being taught how to do it properly).

Although I have been learning French I am still very much a beginner but my feeble attempts at speaking the language were understood and it gave me quite a boost and a desire to learn more. (I was nearly put off last year when going on a day trip to Paris because the one person I spoke to looked at me as if I was mad!).

Marion, Nice to hear you had a good time in France and that the entire experience was positive. Sounds like a wonderful way to discover both the people and the land. I hope you can make that purchase so you can make even more trips.

It was brilliant, thanks Francine.