Pondering on how life has changed this year for all of us it led me to considering how life might have been during the war years and how our parents and grandparents coped with all the horrors that they had to face.

My Father died 12 years ago and being of that generation he never actually spoke much about the war apart from sharing some photographs about the life in Alexandria where he was stationed during WW2.  The odd occasion when questions were asked he just replied that he had seen things that he would never wish to see again.

Now my Mother (her Father had died which resulted in her being sent to boarding school) had never mentioned it at all.

I decided, therefore, that at her age of 93 it was about time I found out a little about her life during that monumental period.  So today I took the opportunity to ask what she remembered and this is what she said.

"At the age of 13 I was living in Rickmansworth at the boarding school I was sent to after my father died and my mother and elder sister had to work.

We were totally sheltered from all that was going on.  Life centred about lessons and learning and the only difference was that we used to go into the tunnels which became our classrooms during that time.

We tended to have groups of about four friends and in the dormitories we would have midnight feasts and everything was done for us.  We knew nothing of the outside world as there were no televisions and we were not allowed to listen to radios.  We were cocooned in our own little bubble of safety oblivious to what was going on around us.  I don’t really remember war planes or anything like that because once inside the tunnels we just concentrated on our work.  Life was just normal.

When I eventually left school at the age of 18 it was 1945 and the war was over.

I went for an interview in a bank and was totally honest when they asked me questions about the war – I just said I didn’t know anything about it as I was at boarding school.  They gave me the job so they must have liked my honesty.

I knew nothing about boys or men and I met your father while out for a bike ride.  We got married at Christmas of 1946.  I was 19 years of age and I had given up working in a bank to help him run his paper shop.”

The reason I am documenting this on my blog is because, to me, this explains such a lot and I don’t want to forget it. 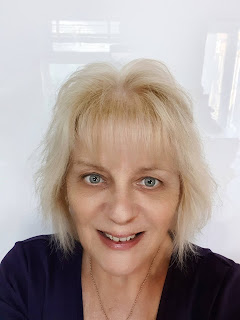 It has been a long time since I posted on my good old blog.  So many things have happened over the years but they now slip into insignificance compared to what the world is going through at the moment.

I felt it necessary to speak face to face and hence the above photo.  At the age of 66 I now realise that the tribulations of before are nothing compared to being healthy.  My year long search for employent after being made redundant was successful when last November I gained a position as a viewing guide for a local estate agents.  I loved the work although it did curtail what social life and friendships I had built up since moving to this area because, of course, it involved unsocial hours and weekend work.  But to gain employment and to supplement my reduced State (and only) Pension it made me feel I was contributing in keeping us afloat.

When just over a week ago I got the phone call informing me that they now needed to cut down on staffing and that I was among one of the 50 members of staff being laid off I initially panicked.  How on earth was I to find work now?  I am certainly considered by employees as being too old (although they can't officially say that) and being rejected over and over again doesn't do a lot for your self-confidence!

But then coronavirus (COVID-19) went into full swing and there were more important things to consider!

Never in my 66 years can I recall any virus taking over the world to this extent.  This pandemic has caused and is causing so many different reactions.  From the extreme panic and terror of some to the acceptance of fate by others.  It has shown the greed of some compared to the compassion and bravery of others.

To the frontline key workers I salute and thank wholeheartedly and to the many volunteers that are tending to those that have to self isolate by dropping off shopping or by giving just a friendly message or call it is bringing the communities together.

Some say that it is bringing back the "wartime spirit" and I guess it is a war - the war against the virus - but it is more than that.  To me it is a wakeup call.  For us to stop stressing over things that we cannot control.  To appreciate those that are important to us.  To realise that we are just mortal beings and that as long as we have a roof over our heads then nothing else matters, and for those that do not have a roof over their heads, that if any good comes out of this situation that by putting the homeless into temporary accommodation that permanent homes can be eventually found for them.

So why do I feel the need to write this blog post?

Because as COVID-19 gets closer to home and I actually know some of those contracting this virus I face the reality that none of us know who, where or when?  Therefore I feel the need to just put my two-penneth in and say that I am proud of the human race (forget the odd greedy person (generally just caused through their own fear)).  I am proud of how we have come together, how we are tackling this invisible enemy, and how we are reaching out to one another to offer support - via social media/TV/radio or online groups/meetings - guidance and assistance and how when - eventually - we come out the other side of this that we can see that there has to be some good come out of all tragedies and it is the good that should be the main focus.

Blog back in working order

Many thanks to the blogger help forums for without them I would not have been able to gain access to my blog.  A blog that, much to my surprise, has been running for nearly 11 years.

Now I apologise for the haphazard way in which I run my blog, with moments of intense blogging followed by silences as life gets in the way.

So what has happened in my world lately?

Well a job that I had been working in for almost 20 years (initially working locally, then London, then remotely from Spain and again remotely from UK) finally lost the contract that was originally only going to be temporary until the client took it in-house.  Now for 18 of those years I had worked on that contract and whilst the original company had TUPE us across to another company I had helped to build upon this role and build the team until the clients were ready to work on it themselves.  Consequently it left me without a job unless I wished to either re-train and commute to London again or to accept voluntary redundancy.

I accepted redundancy.  My redundancy started on my birthday 1st December and upon this birthday I reached the age of 65 and now fell into the bracket of "retired on state pension only".

So far I have been brushing up my CV and applying for jobs.  Only 2 interviews so far.... Now I am pretty sure that I have the experience and qualifications but something seems to be preventing me from obtaining new employment.  Age is not really allowed to be a factor but in all honesty I guess any position would involve other colleagues and I would need to fit in with their age group.

As I continue my search I have taken on the joy, expense, and training of a young puppy to keep my other dog company.  I had forgotten how exhausting that can be.  But it is keeping me busy! 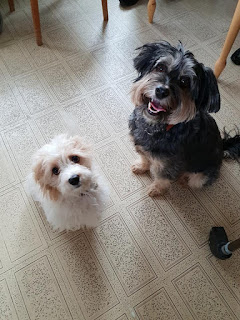 Widget Server problem - is this the end of Blogger

Widget Server.com has taken over my blog and I cannot view it or access the settings.  Not even sure if this post will work!  Is this the end of blogger?
at 18:55:00 14 comments: